Michael Kavic, MD, a hernia surgeon and editor-in-chief of the Journal of the Society of Laparoscopic Surgeons, is calling on practicing surgeons, surgical educators and medical device manufacturers to re-evaluate their approach to inguinal hernia repair, recommending less reliance on synthetic mesh repair as the go-to method for repairing inguinal hernias.

In a presentation at Minimally Invasive Surgery Week, Dr. Kavic called the incidence of chronic pain after mesh hernia repair a “potential time bomb for the surgical community and medical device suppliers.

“The surgical community, as well as the industry that garners huge profits from the use of synthetic materials, must address this troubling issue,” said Dr. Kavic, professor emeritus of surgery at Northeast Ohio Medical University and a leader in the field of hernia surgery. “The evidence is mounting that mesh, which was generally thought—and promoted—to be inert, now appears not to be so.”

An extended version of his speech was published in the July-September edition of the Journal of the Society of Laparoendoscopic Surgeons (20[3]. pii: e2016.00081).

However, other surgeons disagree with Dr. Kavic’s arguments, saying he both amplifies the extent of chronic pain after hernia repair and simplifies the causes.

“The number of people with chronic debilitating pain is around [4%] to 6% so I don’t think this qualifies as an epidemic,” said Guy Voeller, MD, a professor of surgery at the University of Tennessee Health Science Center, in Memphis. “While it may not be an epidemic, it is certainly an important issue and I agree with Dr. Kavic in that respect. I think we were always focused on recurrence rates prior to mesh introduction. I don’t think that we really looked at pain. It doesn’t mean it didn’t occur prior to mesh introduction and it doesn’t mean that mesh-based repairs are the cause.”

Synthetic mesh repair became the standard of care because it solved the problem of high recurrence rates. But an unintended and unforeseen consequence of mesh repair is chronic postoperative pain, Dr. Kavic pointed out.

In 2001, Dutch researchers who surveyed adults who underwent inguinal herniorrhaphy reported that more than 25% of patients experienced pain in their groin one year after surgery and 11% reported pain that was interfering with work or leisure activity (Ann Surg 2001;233:1-7). Ten years later, a German study reported a 16.5% incidence of chronic pain six months after mesh repair (Ann Surg 2011;254:163-168). Nevertheless, a wide range of pain incidence, from 0% to 45%, has been reported in studies, with a broad range of definitions, making it difficult to know the true incidence of chronic pain.

Approximately 800,000 inguinal hernia repairs are performed each year in the United States. Since 2000, repairs not using mesh have represented less than 10% of groin hernia repair techniques.

If one in 10 patients experience debilitating pain after a mesh hernia repair, millions of patients could be affected worldwide, Dr. Kavic noted in an interview following his presentation.

“I don’t think this is a matter of Chicken Little saying the sky is falling. The science is pretty good to show there’s a problem with chronic pain and the reason for the chronic pain is the mesh itself and the behavior of it. This could be far-reaching in its consequences.”

Dr. Kavic noted that the cause of chronic pain is not well understood, but he cited research led by Robert Bendavid, MD, a surgeon and senior consultant at Canada’s Shouldice Clinic, in Toronto, where hernia surgeons do not use mesh. Dr. Bendavid has linked chronic pain to nerve ingrowth into the mesh. He and his colleagues reported that the degree of mesh innervation was significantly higher in patients who required mesh removal for pain than in patients who had mesh excised for recurrence (Hernia 2016;20:357-365). The finding was based on an analysis of 33 hernia meshes: 17 were excised because of severe pain, two for combined pain and recurrence, and 14 sampled during revision for recurrence without pain.

Dr. Bendavid and his co-authors noted that neither triple neurectomy nor careful nerve preservation—often recommended for the prevention of chronic pain—eliminated pain after hernia repair. “Perhaps because we have forgotten that nerves, in response to some evolutionary mechanism, tend to regenerate, undergo changes imposed by prosthetic elements and architecture, mimicking entrapment and compartment syndromes,” they wrote.

But these arguments oversimplify the cause of chronic pain, according to other hernia surgeons. Dr. Voeller points out that randomized studies in Europe have directly compared Shouldice repair with a Lichtenstein repair, and found less pain (Langenbecks Arch Surg 2004;389:361-365). He cited a number of studies that indicate mesh repairs are associated with less chronic pain than nonmesh repair, including a randomized clinical trial with a 10-year follow-up that showed mesh repair was equal to nonmesh repair with regard to long-term persistent pain and discomfort interfering with daily activity (Surgery 2007;142:695-698). The EU Hernia trialists (Hernia 2002;6:130-136) and a Cochrane review (Cochrane Database Syst Rev 2002;4:CD002197) also reported lower rates of persisting pain after mesh repair.

“If you look at the clinical data, laparoscopic repairs, when they are done properly, definitely had less chronic pain, and it’s a mesh-based repair,” Dr. Voeller said.

He said the study from the Shouldice Clinic that looked at nerve fibers in explanted mesh was too small to conclude nerve ingrowth causes chronic pain. “You can’t make that jump.” He added, “You’ll never be able to have chronic pain as a never event with hernia repair. There are too many variables, including the surgeon’s ability, patient characteristics and techniques of repair.”

Shirin Towfigh, MD, a surgeon at Cedars-Sinai Medical Center, in Los Angeles, and the Beverly Hills Hernia Center, in California, believes Dr. Bendavid’s research “partially” explains the epidemic of chronic pain after hernia repair. She attributes long-term pain to the presence of mesh, as well as poor surgical technique and misunderstanding of anatomy.

“All efforts by industry were to maximize ease of repair, basically making it idiot-proof. The marketing was focused on fast surgery, small incisions, etc.,” she said. “The result was little attention to the delicate anatomy of the groin and lack of adequate training on all of these new [meshes] that were sprouting. I personally feel this is the main reason for the increase in mesh-related chronic pain,” she said.

William Hope, MD, president of Americas Hernia Society and a hernia surgeon at New Hanover Regional Medical Center, in Wilmington, N.C., believes the cause and the solution to chronic pain lies somewhere between the positions of Drs. Kavic and Voeller.

“To me, mesh and technique may contribute to chronic pain, but I do not think the problem is that simple and is likely multifactorial that we don’t completely understand yet,” Dr. Hope said.

It’s hard to know what the incidence of chronic pain was prior to mesh repair, as historically surgeons did a poor job of assessing patients’ long-time pain, he said. “We are recognizing it more. Chronic pain is a problem. I’m not sure ‘massive’ is the right word but it is a ‘difficult’ problem.”

He agrees with recently updated inguinal hernia guidelines published by the European Hernia Society that state the use of mesh has significantly decreased hernia recurrence rates and “at present is likely the best option we have available.”

But he feels surgeons rely too much on mesh as a go-to technique. “I think education is important and one of the main problems, at least in the U.S., is there are very few surgeons and training programs that are performing nonmesh/tissue repairs, so younger surgeons are not learning these techniques or the anatomy.”

Dr. Kavic asked surgical educators to change their approach to teaching hernia repair, calling for more emphasis on anatomic knowledge and physiologic function of the groin. Trainees should be required to perform a minimum number of pure tissue hernia repairs, as well as mesh repairs, he said.

He said all surgeons who offer hernia repair need to be able to complete the operation both open and laparoscopically, with and without mesh. They need to stay updated on the latest findings on mesh outcomes and mesh materials, he said. “They need to understand the risks and talk to their patients about the risks.” He also said, “Surgeons need to get involved with their institutions and their device companies. It comes down to all of us.” 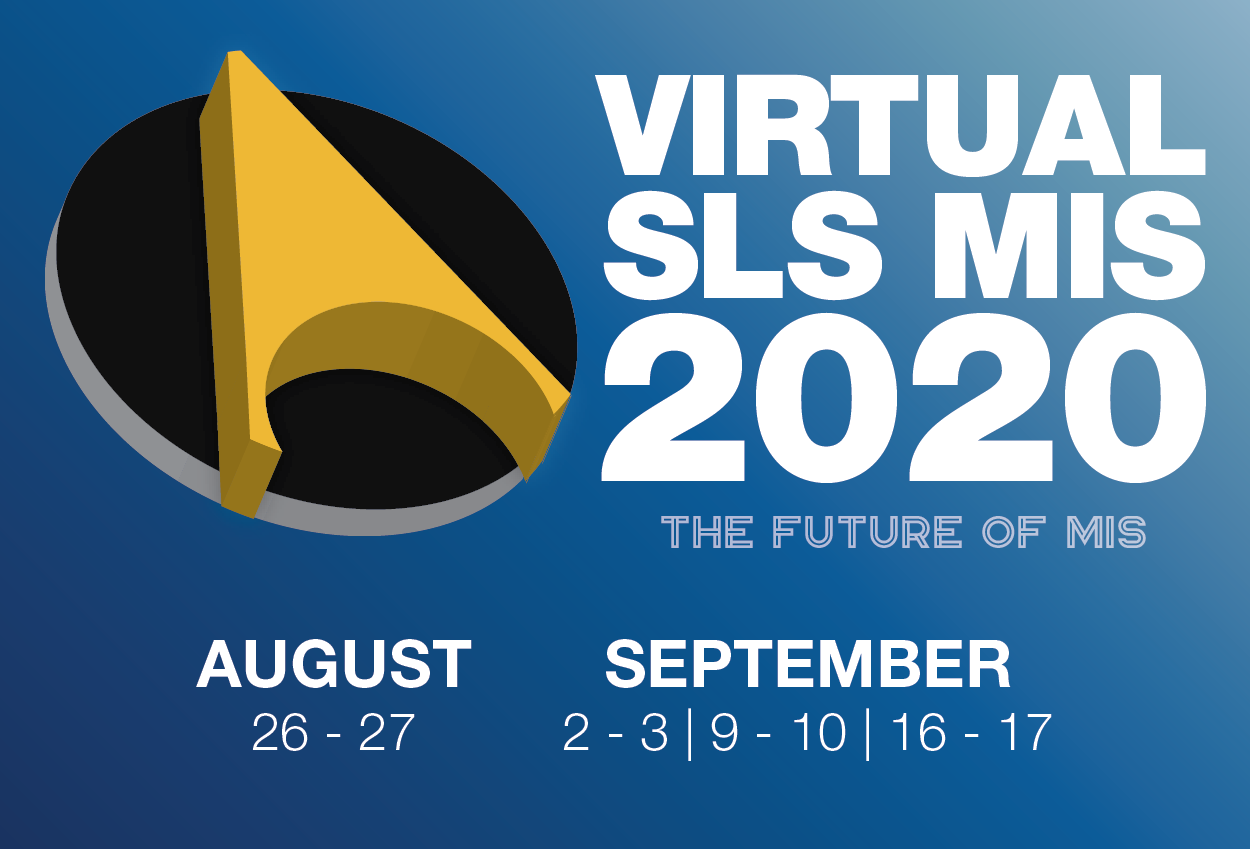