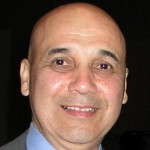 In 2012, Donalee Mickler raced her 1-year-old daughter Zechia to the emergency room at Maria Fareri Children’s Hospital at Westchester Medical Center. Zechia was in severe respiratory distress, and Mickler would soon learn her daughter was born with a diaphragmatic hernia—a hole in the muscle that separates the chest cavity from the abdominal cavity, allowing the abdominal organs to push into the chest area and often displace the lungs. “We learned that Zechia’s right lung was located in her back instead of her chest,” Mickler says. “She’d been working with one lung since birth and needed surgery.” It was a parent’s worst nightmare, but there was a silver lining—good news delivered by Zechia’s doctor, pediatric surgeon Samir Pandya, MD. “Dr. Pandya told us that her hernia could be fixed with a minimally invasive surgery.”

Minimally invasive surgery (MIS) is the method by which operations are performed using tiny incisions and high-definition cameras, which are used to guide the surgery. Almost universally, this method will result in less pain, less scarring and a significant reduction in recovery time as compared to traditional open surgery. While MIS is not a novel approach, big innovations are taking place in minimally invasive procedures for babies and small children—also known as mini-laparoscopy (of the abdomen) and mini-thorascopy (of the chest).

[symple_testimonial by=”” fade_in=”false”]Dr. Stringel is nationally recognized as a leader in the area of minimally invasive procedures, having served in 2010 as President of the Society of Laparoendoscopic Surgeons—the largest and arguably most important society on MIS in the world.[/symple_testimonial]

“We have been doing minimally invasive surgical procedures here since the early 1990s, but mini-laparoscopy is the new frontier in minimally invasive surgery,” explains Gustavo Stringel, MD, Surgeon-in-Chief at Maria Fareri Children’s Hospital. Dr. Stringel is nationally recognized as a leader in the area of minimally invasive procedures, having served in 2010 as President of the Society of Laparoendoscopic Surgeons—the largest and arguably most important society on MIS in the world.

“We are the only hospital in the Hudson Valley that is prepared to take on these complex cases in children with minimally invasive procedures,” Dr. Stringel explains.

Zechia’s diaphragmatic hernia is the perfect example of this fact. “Dr. Pandya explained that, a few years ago, the only way to do the surgery would have been to open Zechia’s chest,” Mickler recalls. “But now he could do it laparoscopically, meaning he would put little holes in the side of her ribs and use a little camera for the surgery; I was like, ‘Wow!’”

The benefit of MIS was not lost on Mickler. Shortly after Zechia was born, she developed respiratory problems because of a condition known as Meconium Aspiration Syndrome, which occurs when a newborn baby breathes a mixture of meconium and amniotic fluid into his or her lungs during delivery. “She needed a blood transfusion, but that operation was much more traumatic,” Mickler says. “There was a long hospital stay, and about six weeks of recovery. This minimally invasive surgery was much different. Dr. Pandya told us it would be a four-day recovery. So said and so done.”

According to Dr. Stringel, approximately 60 percent of the surgeries done at the Maria Fareri Children’s Hospital are done using MIS, thanks largely to advances in mini-laparoscopy, specifically the recent development of smaller and better instrumentation. “In the beginning we had to do many procedures, even in babies, with instruments that were designed for adults,” he says. “We were doing procedures with 5- and 10-millimeter instruments. Now we have instruments that are designed for babies and small children, and today we are working with 2- and 3-millimeter instruments. The technology has advanced so much.”

Dr. Stringel also notes that just as there have been striking advances in instrumentation, the advances in equipment have also been explosive. “It’s not the same equipment we started with just 10 years ago when the children’s hospital first opened. The operating rooms at Maria Fareri Children’s Hospital have the best equipment from high-definition TV monitors to high-definition cameras and computerized equipment. We have a great team, not only my partners—Dr. Whitney McBride and Dr. Samir Pandya—but also our nurses in the operating room who are all well trained and very well versed.”

Nurses like Nancy Miranda, RN, who has worked at the Maria Fareri Children’s Hospital since it first opened its doors 10 years ago and has been as Nurse Manager of the Children’s Surgical Center since December 2005, have been witness to the significant changes that laparoscopy has brought. Miranda says she is particularly grateful for the hospital administration’s commitment to training her staff to keep up with all of the changing technology. “Each time there have been advances, the hospital has kept up with those advances so we see new equipment and new instruments continually,” she says. “And this means that we spend a lot of time on educating the nurses about the new advances.”

Staying abreast of the newest technology keeps Miranda and her staff of nurses on their toes, and Miranda wouldn’t have it any other way: “A child comes in, sick and in pain. We provide minimally invasive surgical techniques here for the child, and afterward the gift for the family of reduced pain and reduced recovery time is tremendous. It’s hard to imagine what you can fix through little scopes and little instruments!”

Coming full-circle, the now-4-year-old Zechia and her family were given this gift of quick health. A tiny scar is the only reminder she will ever have that this surgery took place. “She is full of energy,” Mickler says. “Now, her big brother Justice [17] has to try to keep up with her. You just can’t capture her energy in writing!”

With these advances in laparoscopy, Dr. Stringel looks to what may be coming next. “Today we are doing things we never dreamed of doing,” he says. “We have become very adept at complex procedures, and we look forward to tackling the new frontiers of surgery as technology continues to advance.”

For more information about the surgery program at Maria Fareri Children’s Hospital, including a video explaining the benefits of minimally invasive surgery, visit www.westchestermedicalcenter.com/pediatric-surgery.