Its Thinking is Alive 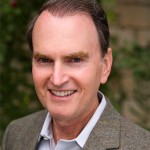 As Chairman of SLS, I believe it is important to understand trends in technology overall. Reading about the movie “The Imitation Game” reminded me that the inventions we enjoy today began with some of the most basic and yet complex thinking. Once we learned how to develop a computer, the speed of technology took off. I have spoken on this topic in many cities around the world and it’s worth continued discussion.

“The Imitation Game” tells the story of mathematician Alan Turing, who played a key part in the victory in the Second World War by cracking the encoded messages being sent by German Enigma machines. In real life, the machine that cracked Enigma was known as “the Bombe,” and before that the “Victory.” The early digital computer Turing invented was called the Universal Turing Machine. Colossus, the first programmable digital electronic computer built by a British citizen, was built using Turing’s ideas. In fact, Turing discovered some of the 20th century’s most important breakthroughs in computing and molecular biology, and is now celebrated in this film about his life. In breaking the Enigma code he did for the field of cryptography what Ambroise Pare did for surgery.

Turing shows that engineers and mathematicians teach us what it is to think. He argued, convincingly, that machines do indeed give us the information we need. He probed the meaning of what it is to be conscious, thinking positively about what we would be able to achieve with “thinking machines.”

It is impressive that even though his inventions were quite complex, he also had the wisdom to ensure that his work remained accessible to the layperson, writing with clarity and teaching his subjects with care.

It is amazing to think how much faster computing would have developed had Turing lived beyond the age of 41. It is said that computers might have been developed ten years sooner.

What would he have thought about the supercomputer we keep in our pockets?