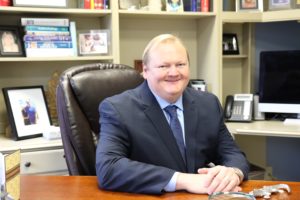 Endometriosis is a progressive condition where endometrium-like tissue grows outside the uterus in the pelvis, abdomen and thorax. The condition causes chronic pain, inflammation, endometriomas, fibrosis, adhesions, bowel or bladder dysfunction, endocrine and immune problems and infertility. Endometriosis affects 0.7% to 8.6% of women, including 15.4% to 71.4% of women who present with pelvic pain and 9.0% to 68.0% of women experiencing infertility.1

As a specialist in endometriosis, I see how patients are mistreated in both senses of the word. First, doctors frequently misunderstand and dismiss their complaints. The result is often repeated misdiagnosis, unnecessary treatments, and years of frustration and doubt.

When patients do get an accurate diagnosis, they are most likely to be mistreated clinically. Doctors prescribe birth control pills that just reduce the severity of symptoms. Some patients are told, “Let’s just wait until you’re ready to have kids, and then we’ll do your surgery.” In the intervening decade, endometriosis continues to progress. I see many patients who were diagnosed in their teens and placed on birth control pills, and when they come off the pill 10 or 12 years later, they are in severe pain and cannot conceive. 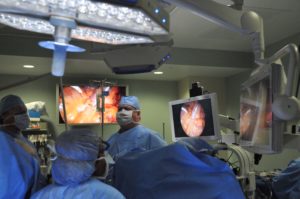 Endometriosis is also treated with several surgical options. For patients who do not want to conceive, hysterectomy is an aggressive approach. However, the surgery alone does not eliminate the disease or its symptoms. If the ovaries are removed, 10% of patients still have chronic pain; that number jumps to 60% if the ovaries remain.2,3

More common today are two conservative approaches to surgery. Ablative procedures, which include cauterization, laser vaporization, or harmonic scalpel ablation of the endometria, are performed by the great majority of gynecologists. Unfortunately, these surgeries only treat the surface of the problem while leaving behind the root, so the recurrence rate for endometriosis after ablation is 60% to 80% within 2 years.4,5 Thus, the likelihood of long-term fertility improvement is low. 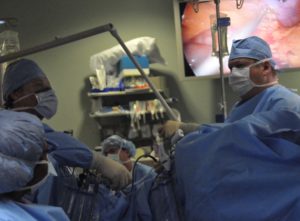 The second, more effective conservative surgery for endometriosis is excision. In excision, we make an incision around the tissue and remove the full depth of the disease. This can be done with scissors and/or a CO2 laser. I use the CO2 laser (Lumenis UltraPulse Duo CO2) because it causes minimal damage to adjacent tissue and simultaneously cauterizes, so I can work more efficiently and have better visualization.

In my practice, this approach limits the recurrence rate to less than 10%. The procedure is technically more difficult than ablation, but it allows us to safely excise tissue from delicate structures such as the ovaries, ureters, bowels and bladder. About 80% of my patients want to get pregnant, and a 10% recurrence rate makes that much more likely compared to ablation. As we follow these patients, their fertility rates seem to decline at normal rates based on maternal age.

If women with endometriosis were asked, “Would you rather have surgery with less than 10% chance of recurrent pain or one with a 60% to 80% chance?” they would choose excision. But not all surgeons perform excision, and they do not present that option to patients.

Instead, patients have multiple ineffective ablative surgeries, one after the other, often with complications such as retroperitoneal fibrosis. By the time patients get to me, most have had three or four unsuccessful ablative surgeries and just as many failed medical treatments. Despite those challenges, they are still good candidates for excision, and about 85% have significant improvement in pain after surgery. But they deserved better from the start. Surgeons must stop mistreating endometriosis, and they can do that by recognizing the condition early and using surgical excision for first-line treatment.